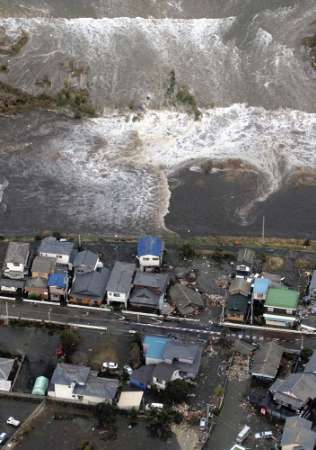 TOKYO – A ferocious tsunami spawned by one of the largest earthquakes ever recorded slammed Japan's eastern coast Friday, killing hundreds of people as it swept away boats, cars and homes while widespread fires burned out of control.


Hours later, the tsunami hit Hawaii and warnings blanketed the Pacific, as far away as South America, Canada, Alaska and the entire U.S. West Coast.

Police said 200 to 300 bodies were found in the northeastern coastal city of Sendai. Another 88 were confirmed killed and 349 were missing. The death toll was likely to continue climbing given the scale of the disaster.

The magnitude 8.9 offshore quake unleashed a 23-foot (7-meter) tsunami and was followed by more than 50 aftershocks for hours, many of them of more than magnitude 6.0....